Open Sentence: An inequality that contains only one variable.

Double Inequalities: An inequality representing the double relation of the number/expression.

The relations ≤ and ≥ are each other’s converse, meaning that for any real numbers a and b,

The transitive property of inequality states that for any real numbers a, b, and c, then if a ≤ b and b ≤ c, then a ≤ c.

The addition or subtraction of a common constant c from both sides of the inequality does not affect the relationship. Inequality relation is preserved under addition and subtraction, and the real numbers are an ordered group under addition.

Let a and b be two real numbers, given that a ≤ b.

The property for the additive inverse states that for any real numbers a and b if a ≤ b, then −a ≥ −b.

For positive numbers, the inequality relation between their multiplicative inverses is the reverse of that between the original numbers themselves. For any two non-zero real numbers a and b that are both positive/negative, if a≤b, then 1/a≥1/b.

Applying a function to both sides

Taking the natural logarithm on both sides of an inequality, when a and b are positive real numbers:

Let us now proceed to the methods for solving inequalities.

How to solve inequalities?

There are two kinds of inequalities. Let us study them one by one.

How to solve inequalities in one variable?

Subtract 5x on both sides of the inequality

How to solve inequalities in Two Variables?

The graph of the linear inequality in two variables should be on the Cartesian plane or X-Y coordinate plane. Let us consider the inequality problem of the previously solved example: 40x+20y ≤ 120. 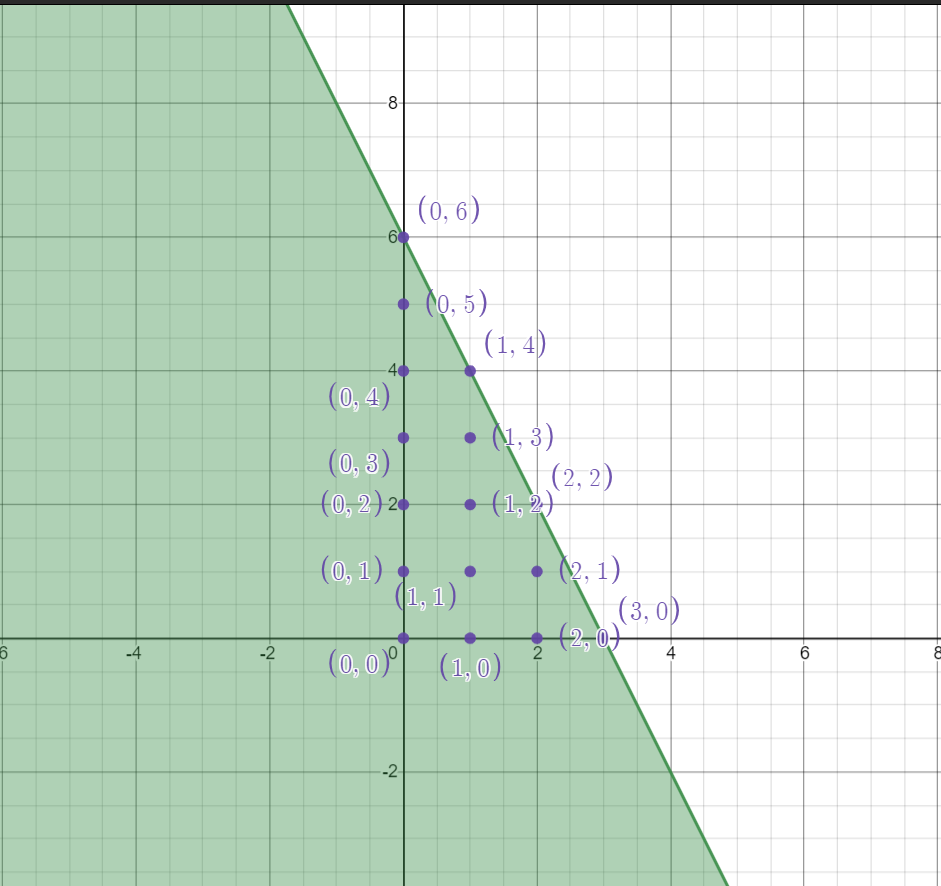 We solve them independently as follows.

Then, we can rewrite the solution as a compound inequality, the same way the problem began.

In interval notation, the solution is written as [ 1/2,2)

How to solve absolute value inequalities?

The absolute value of a quantity is always a positive number or zero. It is often used to describe the distance between two numbers as it is always positive regardless of the direction. Absolute value inequalities are equations of the form:

Given below are some useful formulas for solving absolute value inequalities.

For an algebraic expression X and k>0,

Question: Describe all values within a distance of 4 from the number 5.

We need the distance between x and 5 to be less than or equal to 4. This can be represented by an absolute value symbol |x-5|≤4.

We need to write two inequalities as there are always two solutions to an absolute value equation.

Ayaan always had a special interest in Math. His knowledge and problem solving skills in math has been improving after enrolling in Turito's One-on-One onlineTutoring. The tutors are very co-operative and the valuable tips given by them made his learning more enjoyable.They were also very interactive and my son is able to communicate better than ever before. The best thing about Turito’s one-on-one tutoring is the flexible timings and the tutors are at our reach anytime, anywhere. This actually made my son’s learning seamless and saved a lot of time.

I witnessed a significant improvement in the English language skills of my son Trijal, after enrolling in Turito’s one-on-one tutoring. The sessions were undoubtedly interesting. Though Trijal is shy by nature, now he is able to interact smoothly because the tutors established a friendly rappo with him.

My daughter, Karmanpreet’s English grammar, Reading and spelling skills have tremendously improved after enrolling in Turito's One-On-One Tutoring. Their services are flexible, and the tutors are very co-operative. She looks forward to these sessions as they include fun activities and make learning quite enjoyable and stress-free.

SIGNUP FOR A
FREE SESSION

You might have noticed various shapes and figures around you. Everything has an area they occupy,

How to Add Decimals? Definition & Examples